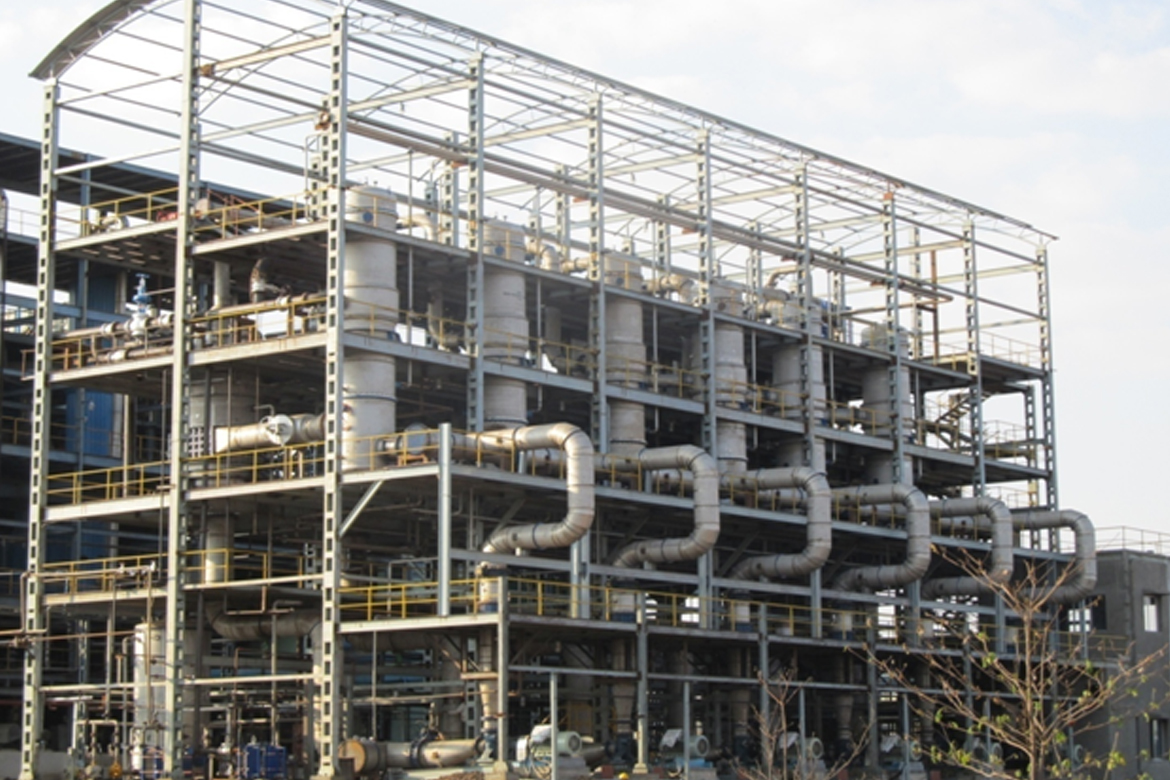 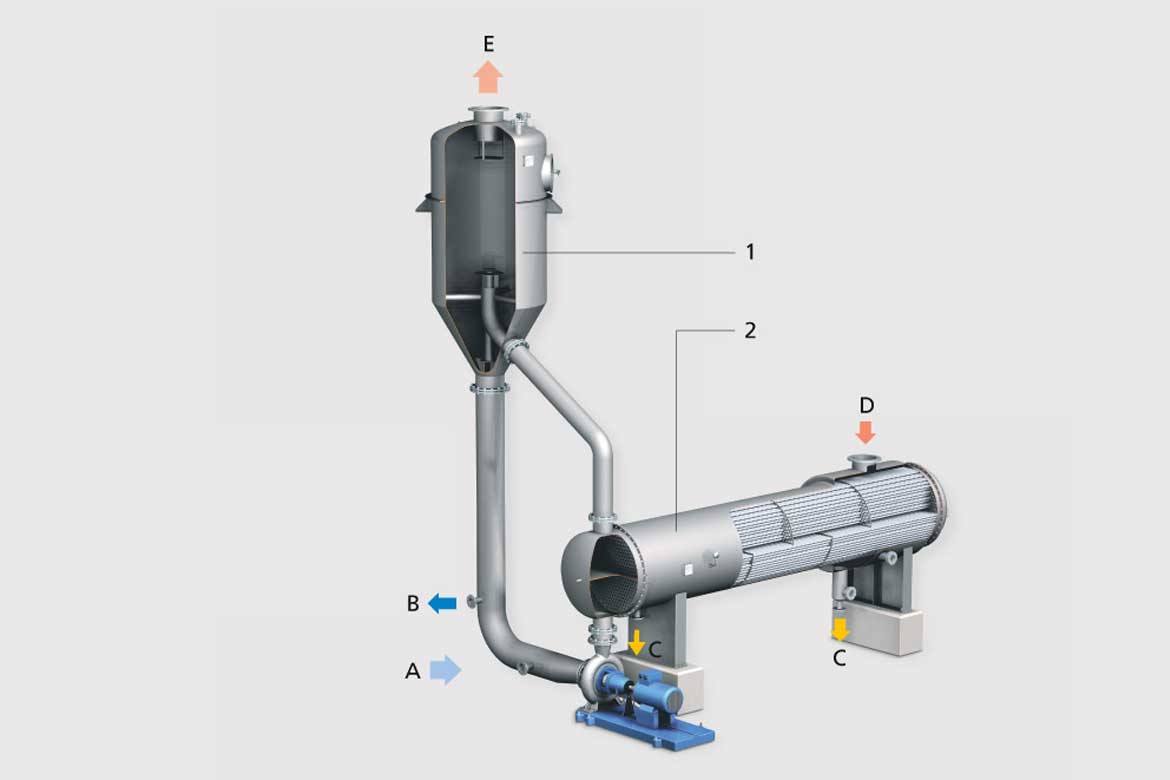 Evaporation is an operation used to remove a liquid from a solution, suspension, or emulsion by boiling off some of the liquid. It is thus a thermal separation, or thermal concentration, process. We define the evaporation process as one that starts with a liquid product and ends up with a more concentrated liquid as the main product from the process. During the evaporation of spent wash we use a dual scheme of

In falling film evaporators, liquid and vapors flow downwards in parallel flow. An even thin film enters the heating tubes via a distribution device in the head of the evaporator, flows downward at boiling temperature, and is partially evaporated. This gravity-induced downward movement is increasingly augmented by the co-current vapour flow.

In “K – SUPER EVAPORATION” first evaporator get heat from the vapour of Dealdehyde column. Temperature of vapour is 78ºC. Spent wash vaporised in first stage give energy to second stage. There is no need of any steam in this stage. Vapour condensed in first stage send back to Dealdehyde column as reflux. There are total five falling film evaporator in first stage. Evaporators are in forward feed arrangement. Vapours of fifth evaporator get condensed in a surface condenser. Falling film evaporators can be operated at very low temperature differences between the heating media and the boiling liquid, and they also have very short product contact times, typically just a few seconds per pass.
These characteristics make the falling film evaporator particularly suitable for spent wash evaporation.

In “K – SUPER EVAPORATION” there is specifically designed Spent wash distributors for the proper distribution of Spent wash in tubes.
Specific design of the liquid distribution system achieve full and even product wetting of the tubes. Because of the low liquid holding volume in this type of unit, the falling film vaporator can be started up quickly and changed to cleaning mode easily.

In “K – SUPER EVAPORATION” Falling film evaporators are highly responsive to alterations of parameters such as energy supply, vacuum, feed rate, concentrations, etc. it will be equipped with a well designed automatic control system therefore it can produce a very consistent concentrated product.

In “K – SUPER EVAPORATION”, forced circulation evaporator are designed in such way that the flow velocity in the tubes is high, which prevent the choking of the tubes.
Vapours of fifth effect get condensed in a surface condenser. All the process condensates are collected in a tank and send to condensate polishing section. Final concentrated Spentwash comes out from final effect and it is send to boiler for incineration.