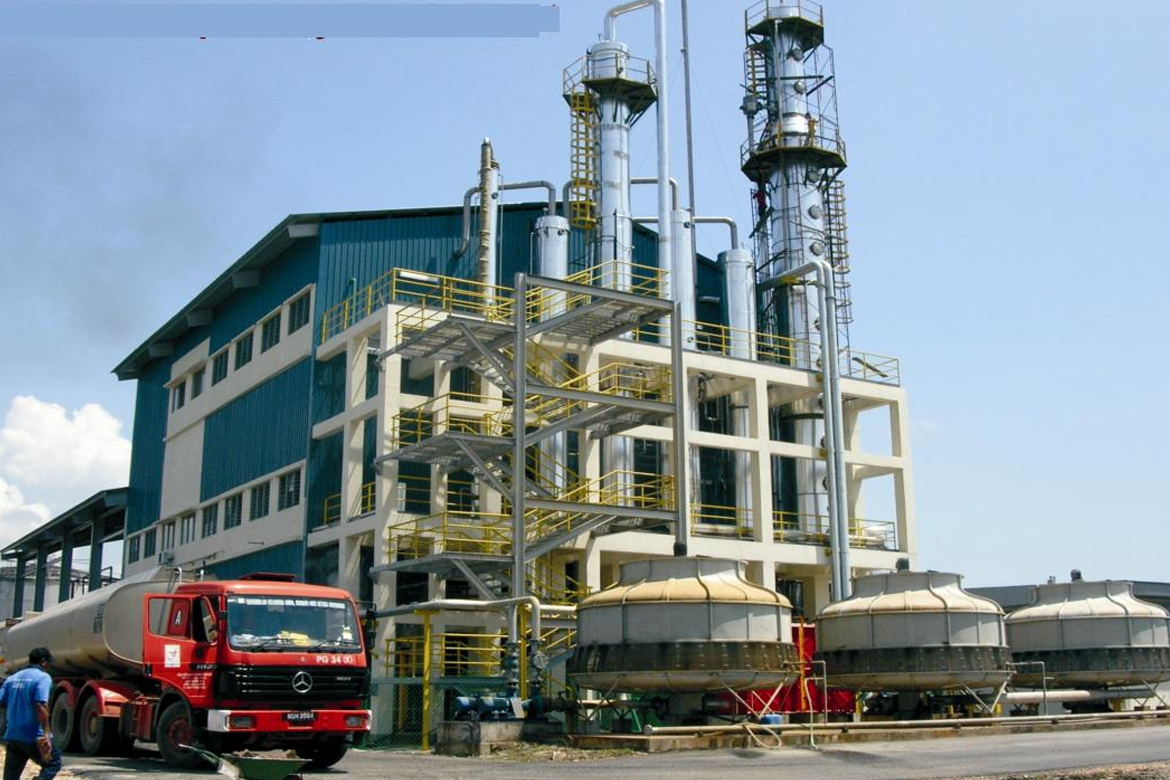 “The Extra Neutral Alcohol produced from this latest technology will meet most of the international quality standards for ethanol like US Pharmacopoeia, British Pharmacopoeia and Japanese standards”.

The Primary or Mash column is operated under vacuum and it is heated using the vapours from the Rectifier column, which is operated under a slightly higher pressure. The vacuum operation of the Primary column will help in reducing the overall energy requirement and also improve the product quality.

Due to vacuum operation of the Primary column the scaling of the column trays is minimised and plant can be operated without stoppage for a longer duration as compared with atmospheric plant.

The fermented mash is preheated using a beer heater at the top of the Primary column and followed by a plate heat exchanger and finally delivered to the top of Primary column. The pre heating of mash in two stages recovers energy and saves steam required for the distillation. The mash runs down the Primary column from tray to tray, while vapour goes up in the column contacting the mash at each tray.

As a result of this contact and boiling, alcohol and other impurities along with some water are stripped in the form of vapours and remaining mash in the form of vinasse (effluent) is disposed off from the bottom of the Primary column for ETP.

When the vapours of alcohol and other volatile compounds reach the top, they are separated out from the top of Primary column and taken to PreRectifier column where they are condensed in beer heater and other Primary condensers.
The heat is supplied by the Final Rectifier vapours from the Reboilers provided at the bottom of the Primary column.

The steam is delivered from the bottom of the Defusel Column to allow the desired separation. Fusel oil consisting of higher alcohols viz. amyl alcohol, iso amyl alcohol, n-propanol etc. are concentrated near middle portion of Fusel oil concentration column and can be removed and separated in the Fusel Oil Decanter in sufficient higher concentration. While the bottom product called spent lees is drained off.

The top product from the Defusel Column is cooled in the cooler and sent to storage as Technical Alcohol.
The Refining column is fed with the ENA from the Rectifier column, which is boiled off in the Refining column to remove the low boiling impurities like methanol and mercaptants.

Extra Neutral Alcohol (ENA) is tapped from the bottom of the Refining column, which is cooled upto 30 oC, by passing through ENA cooler.

The impure ethanol, which contains many impurities, is drawn from the top of the Refining column and cooled in the cooler and sent to storage as Technical Alcohol. Alternatively diluting with soft water in Dealdehyde Column as and when required can further purify some of these Technical Alcohol streams.

Both fermentation and distillation are operated with DCS controls system. This will help in maintaining the parameters consistent and without any fluctuations. Most modern distillery plants use computer system for controlling their parameters.